The Story Of Yew (Memoirs of a Tree) 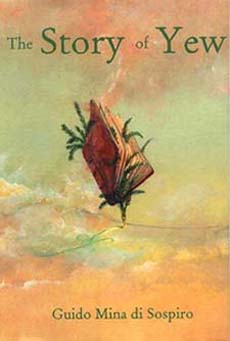 The Story of Yew is just that–the story of a yew tree. A two-thousand-year-old specimen relates its memoirs for the benefit of the human race. The narrative is in the first person simply because the storyteller is the yew itself.

Only by lending an unbiased ear can one appreciate the words spoken by the yew tree. It follows that the kind listeners should put aside their assumptions on the superiority of the human race.

How I chanced upon this age-old testimony and then transcribed it, is inessential.

Legend has it that before the construction of the heaven-reaching tower of Babel there was but one language. The yew has overcome the communication barrier between humans and trees by employing a shared language. We live on common ground.

Mike Scott of The Waterboys with The Story of Yew

Mike Scott, legendary founder and leader of The Waterboys, and only living bard, holding “The Story of Yew”.

Much of his music and poetry has been an inspiration to the author. In his dedication he penned:

“To Mike,  who has written, sung,  and played the soundtrack of my life.”

WHERE TO BUY THE STORY OF YEW: