Dramatization of THE STORY OF YEW on Radio Kerry 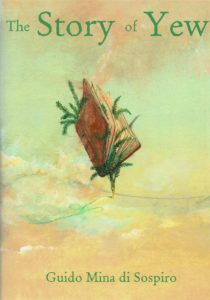 When THE STORY OF YEW was originally released in Ireland, Frank Lewis, of Radio Kerry (97 FM) took it upon himself to write and then organize, in the radio’s studios situated in the town of Tralee, County Kerry, a live dramatization of the book. Frank himself acted as the narrator, and along with him were: Joanne O’Sullivan (young yew); Sharon Phelan (middle-aged yew); Mary Johnson (ancient yew). In addition, Stephen O’Mahony (young male); Cormac Foley (older male), a world-class local botanist who had greatly helped during my research; Joan McElligott (female friend). I was present (and having a great time) during the live broadcast, and answered a few questions after the dramatization. It is a wonderful tribute, both poetic and euphonious, what with that wonderful accent. You can listen to it here: